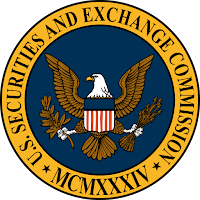 In a case involving allegations of affinity fraud, the SEC has charged a New Jersey resident with defrauding investors, most of whom were members of the Orthodox Jewish community, who invested millions based on false claims about investments in real estate. Remember, don’t trust someone with your investments simply because you have something in common.

In an affinity fraud case, the SEC has alleged that Seth P. Levine, the president and owner of Norse Holdings, LLC, a real estate investment and management company, sold membership interests in limited liability companies that purchased and owned apartment complexes.

The SEC’s complaint charges Levine with violating the antifraud provisions of the federal securities laws. Levine has agreed to settle the charges against him. The settlement, which is subject to court approval, would permanently enjoin Levine from violating the charged provisions of the federal securities laws and provides that the court will decide the amounts of disgorgement, prejudgment interest, and civil penalties at a later date.

According to the complaint, from at least February 2015 through August 2019, Levine raised millions of dollars from more than 60 investors, including family, friends, and other investors, many of whom belonged to the Orthodox Jewish community. In offering the interests, Levine allegedly used misleading and false representations that masked Norse Holdings’ underlying financial problems and its inability to pay promised returns without using new investor monies or proceeds from related mortgage fraud. Specifically, the complaint alleges that Levine provided investors with documents reflecting false and inaccurate information concerning the profitability of the apartment complexes; sold overlapping ownership interests to investors using false operating agreements and, at times, forged signatures; frequently commingled investor funds to prop up real estate holdings that were struggling; and paid investors with fake profits generated by the mortgage fraud Levine conducted using the same properties.

“As alleged in the complaint, Levine repeatedly lied to investors in this close-knit community to fraudulently secure millions of dollars in investments,” said Scott A. Thompson, Acting Co-Regional Director of the SEC’s Philadelphia Regional Office. “We will continue to diligently pursue those who prey on investors to exploit their trust in situations like this.”

In a parallel action, the U.S. Attorney’s Office for the District of New Jersey announced criminal charges against Levine in connection with certain of the conduct underlying the SEC’s action.