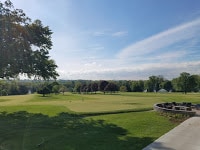 Mark Astarita, Esq. is a nationally recognized securities attorney who represents investors, financial professionals, issuers and financial firms in a wide variety of matters involving federal and state securities laws. He can be reached at mja@sallahlaw.com. The state securities laws and the regulatory scheme has not changed much since 2001 […]

Going Public Introduction While going public offers many benefits it also comes with risks and regulations with which can become complicated, and compliance can be expensive. Despite the risks and costs, the U.S. capital markets remain one of the most attractive sources of financing in the world. Going public is […]

Identifies services which are inconsistent with independence By John M. Baker, Esq. On November 21, 2000 the SEC finalized and posted its release adopting rule amendments regarding auditor independence, which the Commissioners voted to adopt on November 15. Revision of the Commission’s Auditor Independence Requirements, Release Nos. 33-7919, 34-43602, […]