Is a Hedge Fund the Way Out of the Regulatory Nightmare? By Mark J. Astarita, Esq. One of my personal market indicators is what I call the “Hedge Fund Indicator”, and is based on the number of inquiries I receive from non-financial professionals who want to start a hedge fund […] 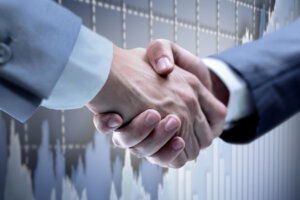 By Mark J. Astarita, Esq. In its most expansive definition, a hedge fund is a private investment fund, usually structured as limited partnership, managed by the general partner who makes the investment decisions and collects a management and incentive fee. The investors in the fund are the limited partners, who […]

Rule Determined to be Arbitrary, Sent Back to SEC</div><div class=glossaryItemBody>The United States Securities and Exchange Commission is the federal agency charged with the regulation and oversight of the securities markets, public companies and securities professionals.(…)</div>” href=”https://www.seclaw.com/glossary/sec/” data-gt-translate-attributes='[{“attribute”:”data-cmtooltip”, “format”:”html”}]’>SEC By Mark J. Astarita, Esq. In a decision issued on June 23, 2006, the United States Court of Appeals for the DC Circuit has thrown out the SEC’s controversial rule requiring the registration of hedge funds. The SEC’s rule, which […]